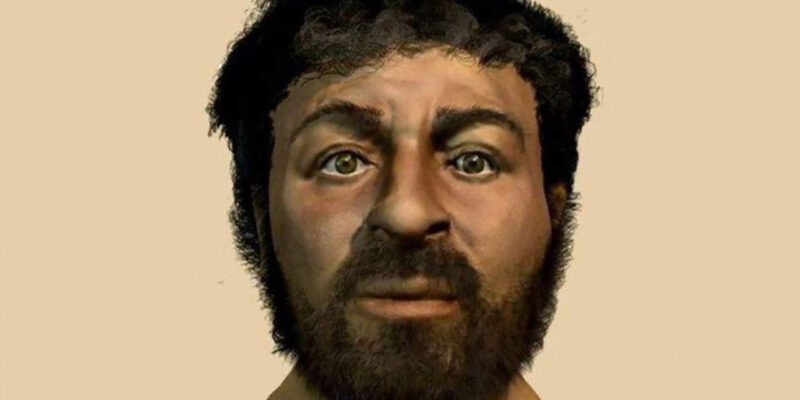 Without detracting from the supernatural issues attributed to Jesus Christ (the so-called miracles), there is ample scientific evidence that the inspirer of Christianity did in fact exist.

Several scholars (historians, archaeologists and even coroners) indicate various evidences of the existence of a man named Jesus, who lived in Galilee about 2 thousand years ago and who attracted the attention of many people.

“From a methodological point of view, it seems quite clear that it really existed”, guarantees André Chevitarese, professor at the UFRJ Institute of History and author of the books “Jesus Histórico – A very brief introduction” and “Christianities: questions and methodological debates”. However, historians make it clear that their object of study is not a divine being with supernatural powers, but a human being.

For the researchers, what undoubtedly proves the existence of Jesus are different people, who lived in different times and places, without the possibility of having had contact with each other, made extremely similar reports. This is what they call multiple confirmation.

André Chevitarese points out that many of these authors are followers of Christianity, but there are also Jews and Romans, who never became Christians. “This allows us to affirm, in a very safe way, that Jesus is a historical character, we are not in the field of mythology,” he says.

Over the past few decades, archaeologists have recovered precious materials that reinforce episodes reported in biblical passages or in works by non-Christian authors: traces of fishing boats used by Christ’s disciples at the time, buildings in the city of Capernaum (where Jesus passed on several occasions) and even a ring that would have belonged to Pontius Pilate — the Roman responsible for the judgment of Jesus who, after all, washed his hands.

According to most historians, Jesus was not born in Bethlehem, as the biblical passages record, but in Nazareth – a small mountain village in Galilee, which had no more than 500 inhabitants.

“The village had no political relevance, it did not have public buildings or synagogues. The Gospel writers changed the place for theological reasons, so that the birth of Christ confirmed some Old Testament prophecies, ”says Chevitarese.

Historians believe that Jesus spent most of his time preaching in this region and the first major city he visited was Jerusalem – which resulted in his imprisonment, torture and death, after being crucified, because of his “subversive” message for the time .

The sacred images that adorn Catholic churches show a Jesus Christ with a very different physiognomy from the one he really had. This is what forensic experts maintain, who created representations using computer graphics, based on historical information and the physical characteristics of the men who inhabited the region where Jesus lived, at that time.

The great difficulty in knowing what Jesus looked like is the lack of information about his physical characteristics in the book on which all his philosophy and religiosity that resulted from him were based: the Bible.

Author of the book “How did Jesus look like?”, The New Zealand historian explains that there is not much information about it. Jesus is not physically described – nor whether he was tall or short, personable or strong. The only thing that is said is his approximate age, about 30 years, ”says she, who is a professor in the Department of Theology and Religious Studies at King’s College London.

Recent discoveries in Archeology provide accurate information about the time and space in which Jesus lived. The data is not abundant, but it allows us to sketch what this real historical character would look like. “We cannot say exactly the color of Jesus’ skin and hair. From the mosaics and frescoes that portray other Romans, Jews and Syrians who lived in the same environment, the biggest tendency is to see a Jesus with black hair, with skin burnt because of the sun ”, says historian André Leonardo Chevitarese, professor at the Institute of History at the Federal University of Rio de Janeiro (UFRJ) and author of the book “Jesus Histórico – Uma Brevíssima Introduction”, Chevitarese.

In 2001, Richard Neave, a forensic specialist in facial reconstructions, developed an image using 3D modeling that can be considered close to reality. To do this, he and his team based themselves on three skulls from the 1st century of ancient inhabitants of the same region where Jesus lived.

Skeletons of Jews of that time show that the average height was 1.60 m and that the vast majority of them weighed just over 50 kilos. “Jews at the time were biologically similar to Iraqi Jews today. So, I believe he had dark brown to black hair, brown eyes, dark skin. A typical Middle Eastern man, ”said Neave.

Another image that seeks to show what the face of Jesus would look like was made by Brazilian graphic designer Cícero Moraes, a specialist in forensic facial reconstruction. “Certainly he was dark, considering the complexion of people from that region and, mainly, analyzing the face of desert men, people who live under the intense sun”, he comments.

Although the few historical records prevent us from setting up what Jesus was like, it is possible to indicate how he was not. Thus, it is unlikely that he had long hair or even a beard.

Historian Joan E. Taylor points out that, in 1 Corinthians 11, the apostle Paul writes that “it is a dishonor for a man to have long hair”.

“For the Roman world, the acceptable appearance for a man was a shaved beard and short hair,” he adds.

Experts indicate that, contrary to what is generally portrayed, Jesus probably did not have long locks. This can be seen in 1 Corinthians 11, where the apostle Paul writes that “it is a dishonor for a man to have long hair”.

“For the Roman world, the acceptable appearance for a man was a shaved beard and short hair,” says historian Joan E. Taylor.

Historian André Leonardo Chevitarese, professor at the Institute of History at the Federal University of Rio de Janeiro (UFRJ) and author of the book “Jesus Histórico – Uma Brevíssima Introduction”, explains that Jesus’ first iconographies, dating from the 3rd century, show him like a young man with no beard and short hair.

But then, where did this image of Jesus with light eyes, long hair and beard come from? According to Chevitarese, probably at the height of the Byzantine Empire, when Christianity was already its official religion. The images of Jesus were made based on the figures of the kings and emperors of the time themselves – with a large beard and hair.

For centuries, the Roman Empire persecuted Christians, to the point of being thrown to lions in arenas like the Coliseum. The situation changed in 306, when Constantine became emperor. He was the first to convert to religion, believing that the victory at the Battle of Adrinopla was due to the graces of Jesus.

When Christianity became the official religion of the Roman Empire in 323, it spread very strongly in Europe and, over the centuries, Jesus was portrayed, more and more, to follow European aesthetic standards.

The theatrical side of the newspaper director